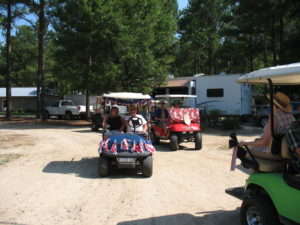 You won’t want to miss this family friendly Event July 28-30.  Come camp at Beaver Run RV Park and golf cart rally 2017 Join us for a golf cart parade, golf cart races, and a golf cart ride.  Families can also enjoy swimming, fishing, and boating.  We will be offering a pot luck dinner on Saturday night and a pancake breakfast on Sunday morning.  This is a fun time for all.  Entrance fee is $5 per cart.  Call today to reserve your site.